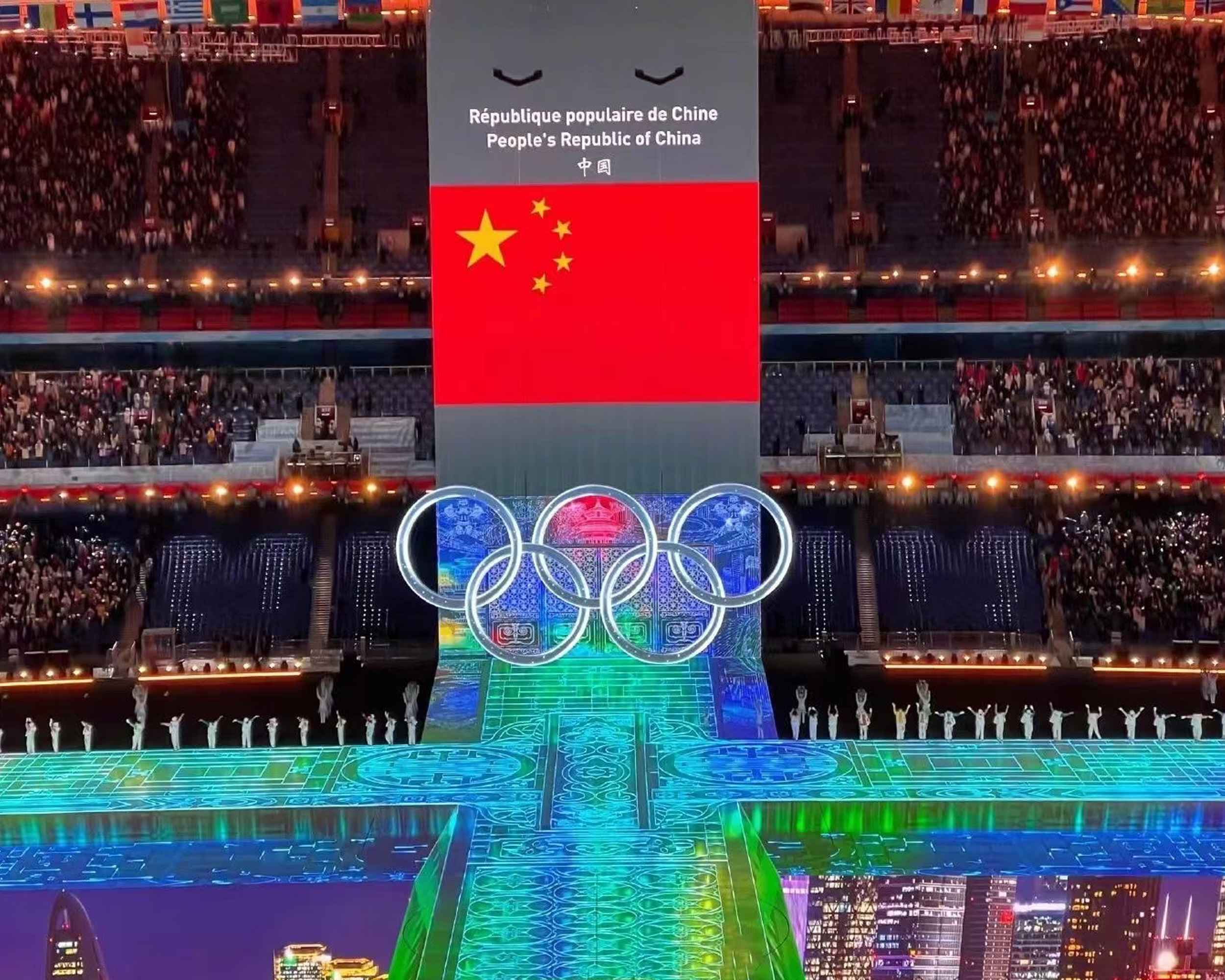 The opening ceremony of the 24th Winter Olympic Games was held at the "Bird's Nest" of the Beijing National Stadium on the evening of February 4.

President Xi Jinping and President of the International Olympic Games Bach were present.On the fourth day of the Lunar New Year, the beginning of spring, the Olympic torch was lit again in the Bird's Nest after 2008, and Beijing became the world's first "Double Olympic City".

At the opening ceremony, the "Chinese doors" and "Chinese windows" carved by ice and snow that athletes walked through were all based on the classic traditional door and window patterns from all over China.

The "China Gate" that athletes walk through means that the Chinese people open their doors and welcome friends from all over the world to gather at the Winter Olympics. The "Chinese Window" at the feet of the athletes, outside the window are the great rivers, mountains and natural landscapes all over China, expressing the good intention of "opening the window to see China".

The slogan of this year's Winter Olympics, "Together to the Future", is the voice of the times sent by China to the world to join hands to create the future, and it is a vivid interpretation of the concept of building a community with a shared future for mankind in the field of Olympic sports.

The Winter Olympics provide athletes from all over the world with a stage for exchanges and competitions. It will also promote peace and friendship around the world and restore the confidence of the international community under the epidemic.